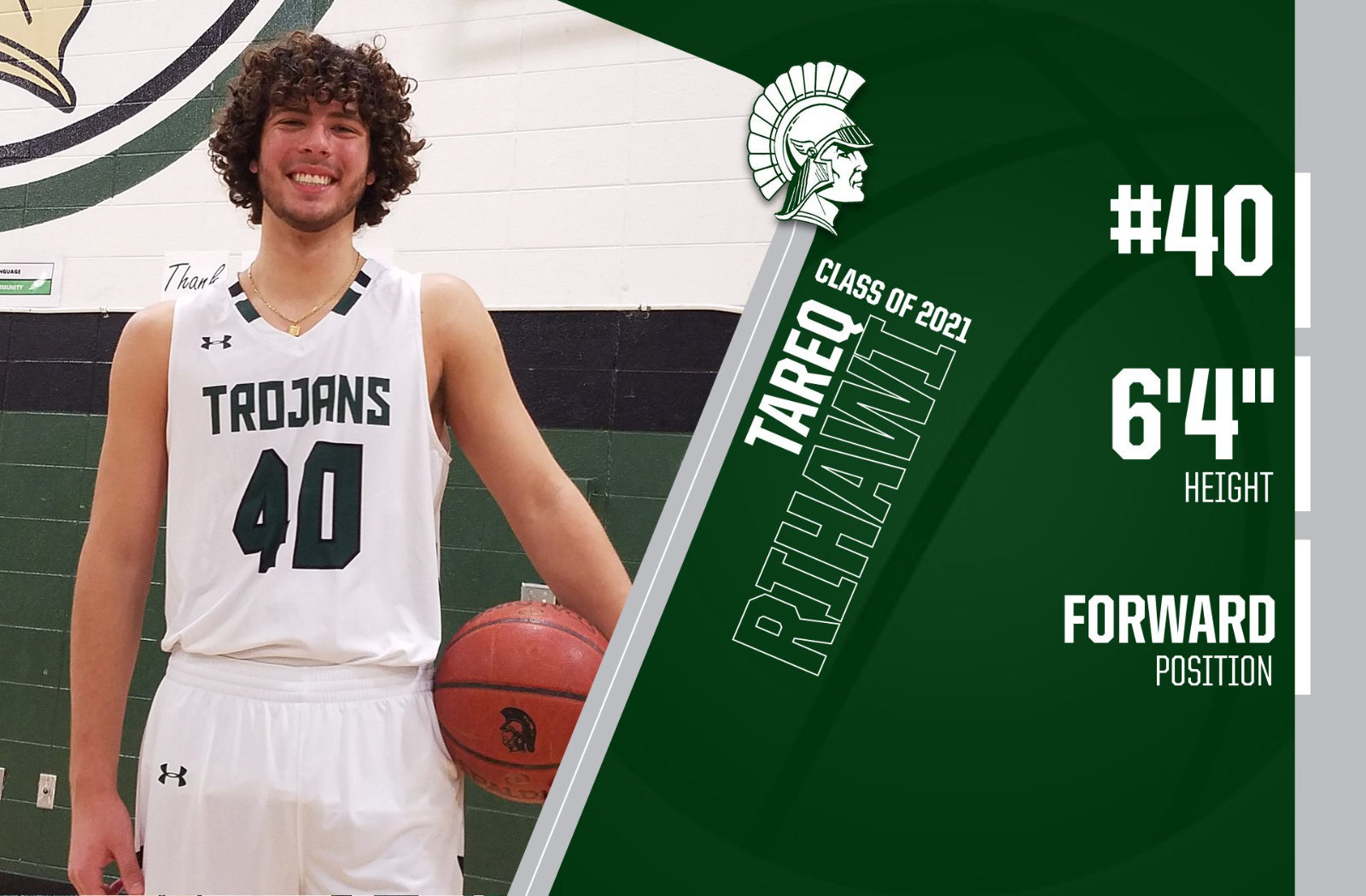 Tareq has a contagious personality and is a great teammate. Tareq started fall ball playing some of the best basketball of his career. Unfortunately, a knee injury has robbed him of competing during his senior season. Tareq has participated in basketball, volleyball, football, and track during his time at West. He has a GPA of 3.9 and currently has scholastic scholarships from UWM, Iowa State and Arizona State. 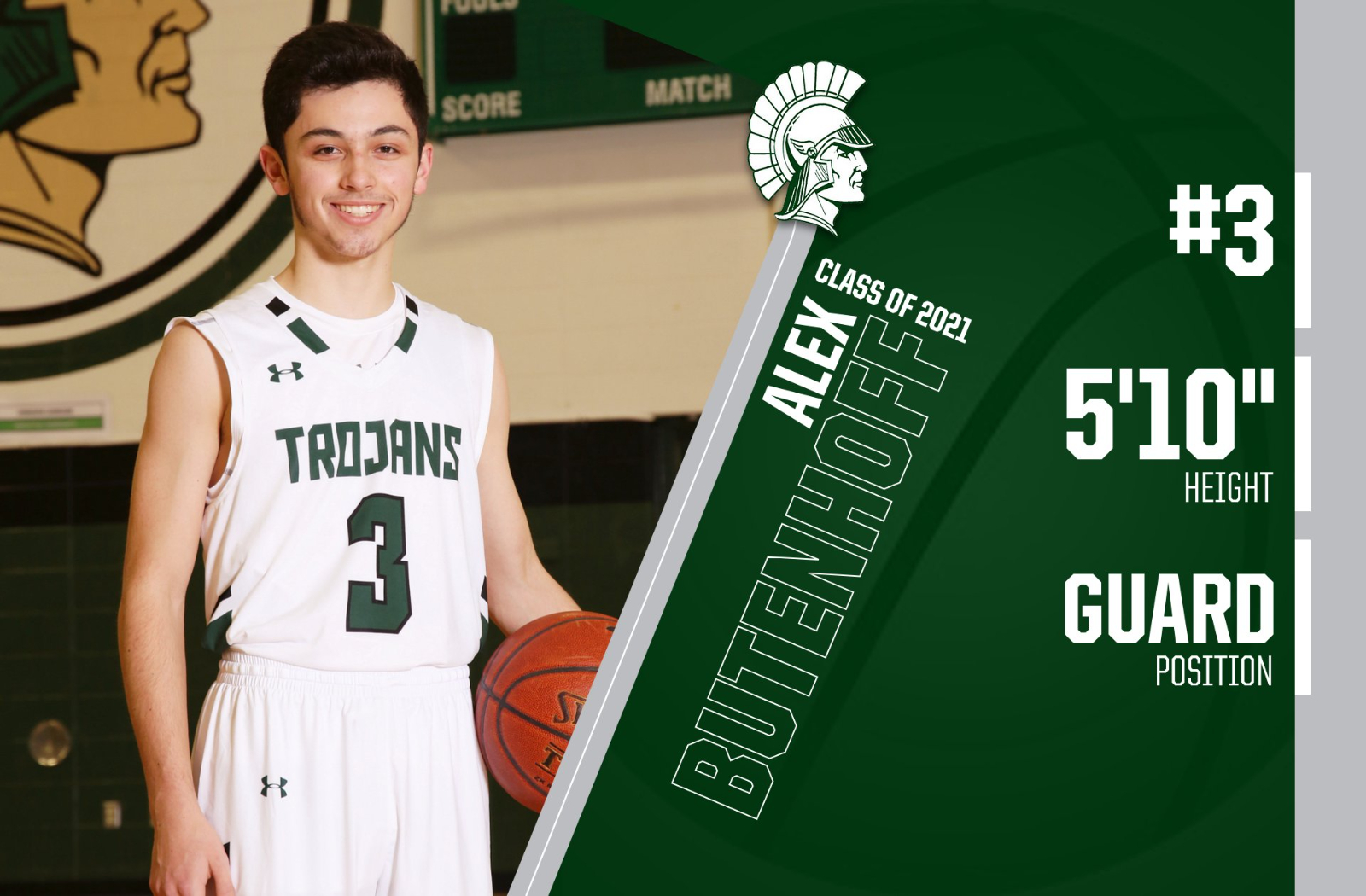 Alex has participated in our junior basketball program and in the high school program. He has put in a great amount of time and effort. Alex has done voluntary work at the Humane Society. He is a member of the National Honor Society and has a GPA of 3.8. Alex will be attending Northern Iowa University in the fall. He will be applying for the student manager position for the basketball team and will major in Movement and Exercise Science. 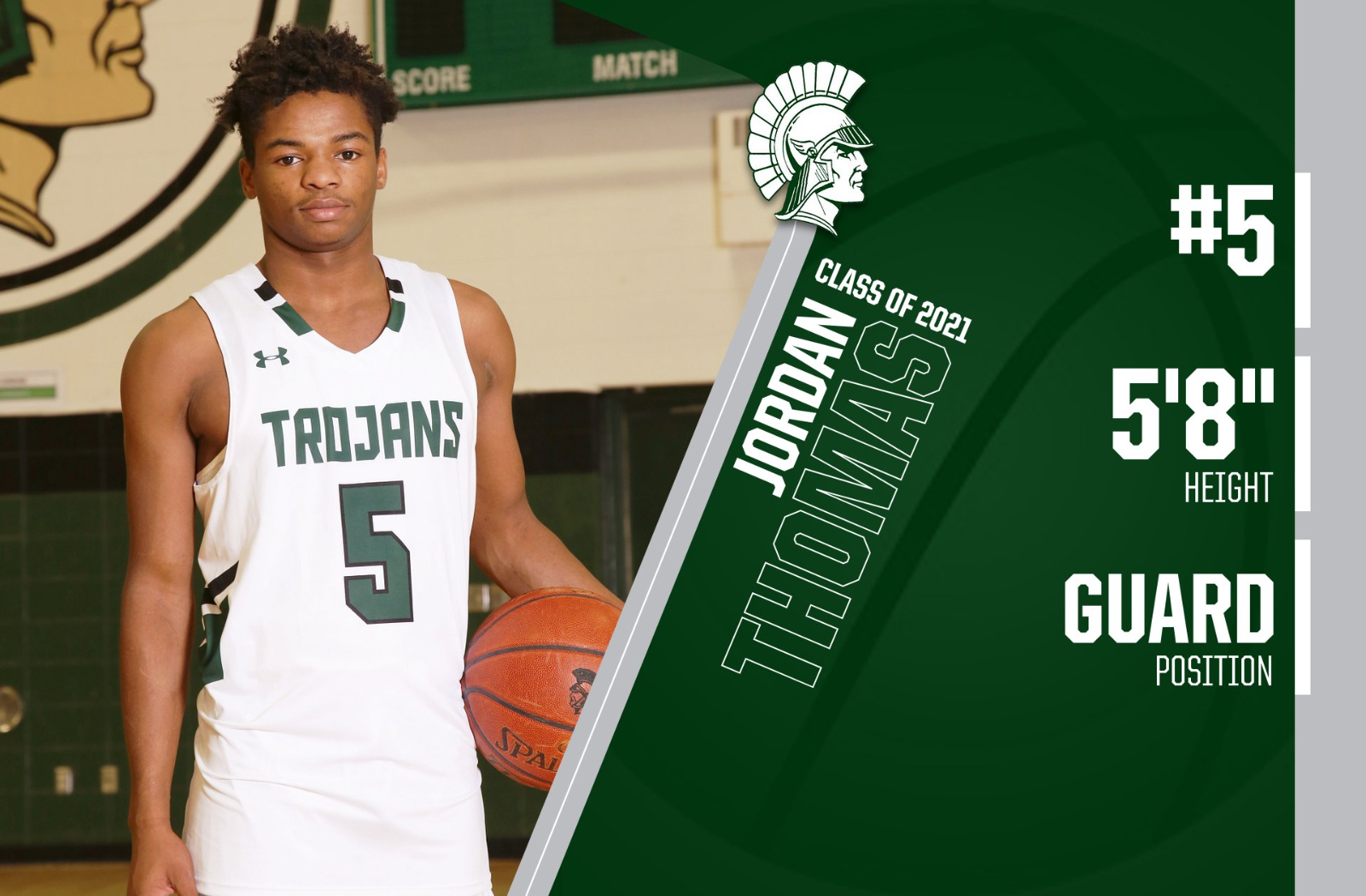 This is Jordan’s first year in our basketball program. The dedication Jordan has shown over the course of the year has been exceptional. Jordan is a hard worker and gives it his all every day. He doesn’t let the tough days win. Jordan will be attending the University of Wisconsin-Oshkosh in the fall and major in Business. 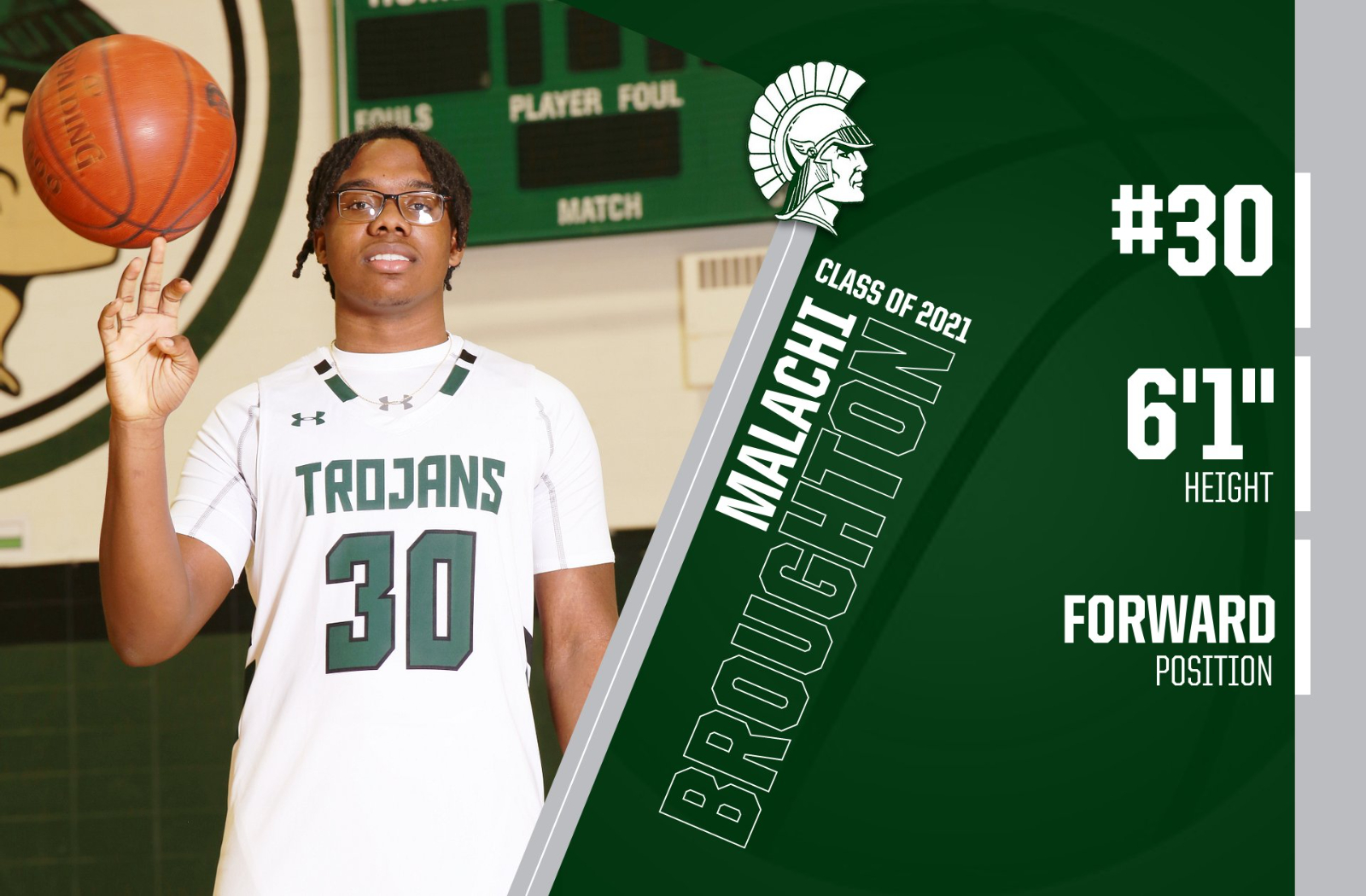 Malachi has been in our basketball program for many years. He is a tough young man, a battler that will not back down from the task at hand. Malachi does volunteer work at Ascension Fellowship Church and has received the Martin Luther King, Jr. Scholarship this year. Malachi has not committed to his future plans at the moment. He is deciding to continue his formal education at an institution of his choice or attend a trade school in North Carolina. 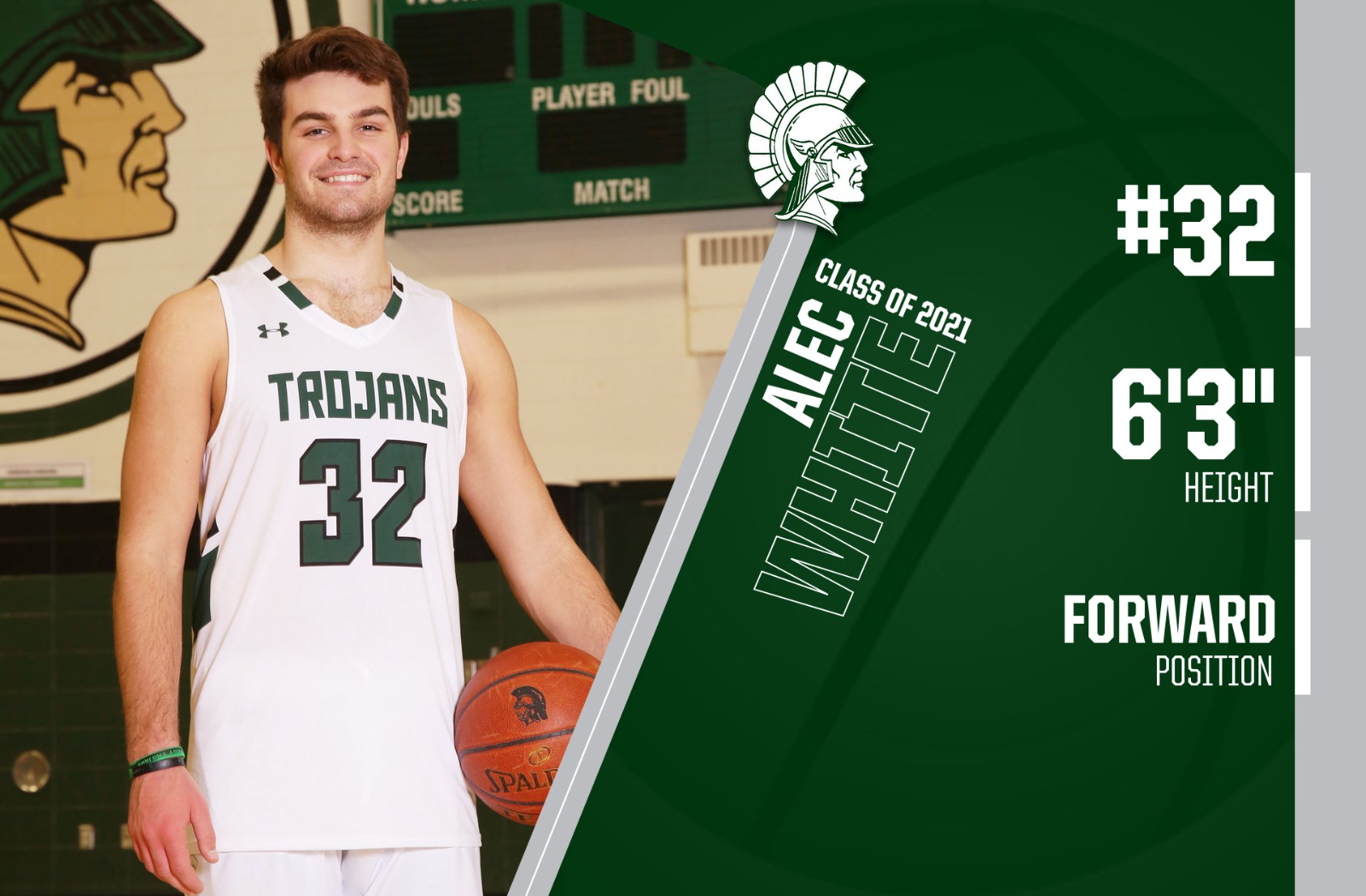 Alec has played in our Junior Trojan program as a youngster and has competed on the varsity level for the last three years. Coach Newbauer has had the privilege to coach Alec all four years of his high school basketball career. Alec was named co-captain this season. Alec was an instrumental part of our deep playoff run last season. He was our best 3-point shooter at 39% and played admirably in any position he was put in. As of today Alec has scored 507 points for his career. This season Alec is averaging 8.6 points per game and is second in rebounding at 4.8 per contest.

Alec White displays great leadership qualities. He is the ultimate team player and is a high charter individual. Alec has played his heart out for us. We will be forever grateful of the time, the effort, the dedication and the energy that his young man has given our basketball program.

As most of us know, Alec is an accomplished football player. His steady and ever improving play has earned him a Division 2 Football Scholarship to Minnesota State University-Moorhead. Alec has a 3.5 GPA and will major in Finance.