Congratulations to wrestler Asymina Zwart who won the Women’s High School Folkstyle State Tournament on Sunday.  Asymina posted a 5-4 win in the quarterfinals before pinning her opponent from Whitnall-Greendale in the semi-finals.  In the finals, she won a 5-3 decision over Chloe LaRue from Belmont-Platteville.  This state tournament was run by the Wisconsin Wrestling 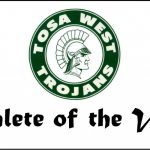 Week #11 Junior Oliver Crum had a dominating win against Sussex Hamilton with a 1st period pin. “Oliver has really increased his efforts in the practice room and working with Coach Ostovich which has paid off in recent duals. Oliver is setting himself up for a great postseason run,” shared Head Coach Bauer. Congratulations Oliver! Senior

TONIGHT’S WRESTLING MATCH AGAINST BROOKFIELD EAST HAS BEEN CANCELLED.   Click HERE for the Live Stream Link 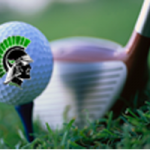 No Events This Week

Events are added by athletic staff.
View All Events